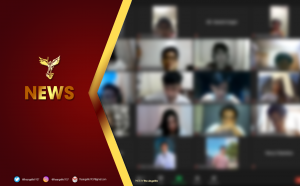 On the third day of online classes and distance learning, a 16-year-old Grade 11 student from Tupi, South Cotabato was found hanging and lifeless by his family.

According to the student’s mother, the male student had difficulties in understanding his Mathematics module.

She also stated that his son wanted to drop out due to the adversities they are facing amid the pandemic and online classes.

He was eventually found lifeless in their old house, just 200 meters away from their current home.

The Department of Education (DepEd) released a statement on the 7th of October asking to have a “moment of silence” for the victim, but solutions for the online class related suicides are yet to be seen.

Unresolved issues, not an isolated case

Dealing with the adversities brought by the pandemic, the 16-year-old student is not the first casualty to pass away from suicide during this Academic Year 2020-2021.

“Hence, this goes to show that there are still a lot of unresolved issues with the current learning set-up, may it be remote learning or modular learning.” said Rise for Education Philippines.

The group pointed out as well that the government must take accountability as they are responsible for the hardship experienced by the students.

Last September 12, a 21-year-old old student from Iriga City also died by suicide after struggling with her online class as well. Her parents mentioned that she dealt with gadget-related and internet connectivity problems.

Two accounts of suicide were also recorded in Bicol even before this incident.