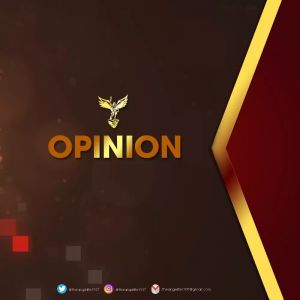 It is a strength to recognize one’s limitation. Knowing when to give up when you are incapable to fulfill your mandated role for what ever reason as a public official is delicadeza. Resignation doesn’t mean that you have turned your back against the people you once served. In public service, there will always be a leader that will succeed you, a person who’s far more capable to serve the people than you. It is honorable to let the one who’s in the line of succession to replace you than to remain in office but fail to embody your role as a leader.

Most public officials and politicians in our country lack delicadeza. We bear witness to their anti-Filipino and reactionary policies that does not serve the interest of the masses. We see this rampant in our government: Department of Health Secretary Francisco Duque who cannot provide concrete solutions and data with regards to the COVID-19 pandemic, PhilHealth Chief Ricardo Morales who is currently in hot waters due to a whistleblower exposing the billions of pesos that were stolen from the people, and Duterte, the old man in Malacañang, who still tries to desperately cling into power despite the fact that he is no longer fit to be the president of our nation.

We cannot really expect delicadeza from these public officials because in the first place, their heart is not in serving the Filipino people. Instead, they have their own ambitions to pursue, running simply because of self-interests.

The politicians in our Congress and the Senate, the bureaucrats, and the public officials will never put forward the interests of the Filipino people. They will always serve their own selfish ambitions, turning public service into a crooked business in order to serve as economic agents for their families and multinational foreign companies such as the closing of ABS-CBN and the rise of China Telecom. Meanwhile, allowing violence and havoc to continue in the lives of the people.

The Filipino people, as well as The Angelite, have openly called for the resignation of Duterte and yet he still holds on to his throne. Thousands have rallied and yet he still turns a blind eye. There is no other way but to forcefully oust a public servant, a leader, and a president from his position if he does not have what we call delicadeza.